So it looks like the iPad Mini is coming.

You are here: Home / Blog / New Products / So it looks like the iPad Mini is coming.

Funny how soon people forget. It wasn’t that long ago that Steve Jobs said that Apple would not make a smaller tablet. That it just didn’t make sense. But now it looks like the current leadership thinks differently. If all the rumors are to be believed, it looks like we are in for an iPad Mini announcement next week. Some of us have been doing this long enough to remember the first thing Steve did when he returned to Apple. SIMPLIFY THE LINE. Maybe I’m wrong. Maybe the public is dying for a smaller iPad. I hope so. I hope we sell thousands of them. Only time will tell. It won’t be long. We will see what happens on October 23rd. What do you think? Are you in the market for a smaller iPad? What would you want to pay for it? Let us know! 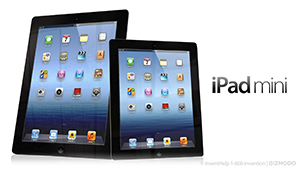